Take a browse through my collection of books and find out the stories they tell. You can purchase all of my books through the Tabitha Book Store.

After a life of crime and alcoholism, East Ender Liam Reilly was given the unexpected opportunity to run the Love Shack, a bar and brothel in the Red Light District of Amsterdam.

But in 1999, during a private New Year’s Eve party with his girls and a few select clients, the Love Shack is firebombed and his life is once again destroyed and thrown into chaos and despair. With nothing to lose he sets out across Europe and the Baltic to track down the perpetrators and exact his violent revenge.

Listen to my latest interviews:

Graham Sclater chatting with Pippa Quelch on 24/11/2020 on BBC Radio Devon about ‘I Will Survive’: 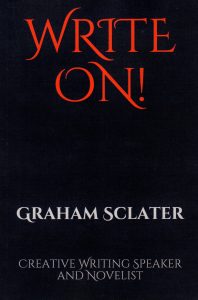 So you want to write a novel, your story, your life, your memoir, autobiography or your family history.

WRITE ON! Will help you do just that.
Graham Sclater has published seven novels in different genres and now gives creative writing talks on cruise ships, at libraries and literary festivals.
Graham said, “When I was asked to write this book I made a decision to keep it simple while at the same time aspiring to encourage you to release your potential.”

Graham Sclater’s book – WRITE ON! is written just for you. 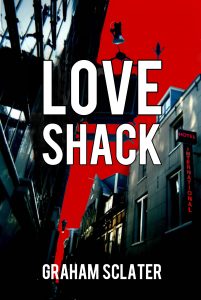 A chance meeting between a young boy and Michael Collins in Macroom, a small town in County Cork, on the fateful day of his death on 22nd August 1922, affects the next three generations of the Reilly family.
Liam Reilly is an East End criminal, and alcoholic, and in 1999 he is forced to leave his home and family following a horrific episode caused by his drunkenness. He finds himself alone in Amsterdam, a city notorious for its extraordinary take on drugs and sex.
Can he finally beat his demons? Can he survive the next chapter of his pathetic life as he is immediately immersed in the seedy underworld that is the Red Light District?

More Than A Woman

Julian Hamilton-Lufton is a good looking, high-flying dealer at the London Stock Exchange. He can’t resist a pretty woman and with his money and fast cars he finds it incredibly easy to satisfy his deep rooted lust anywhere, anytime.

Alicia Fisher, a pretty woman married to Robbie who works in South Korea, is one of his many conquests, and following yet another illicit weekend with Julian at his country cottage she is racked with guilt and commits suicide.
Robbie returns from Asia for her funeral and as the truth unfolds he learns why she killed herself. The police have their suspicions but are unable to bring charges against Julian so Robbie takes things into his own hands.
He ruthlessly pursues a vendetta against Julian determined to ruin his success, business and ultimately his life in the most macabre way.

Too Big To Cry 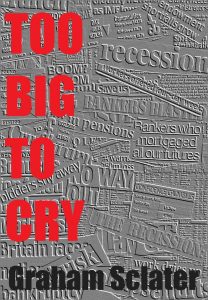 It’s 2010 and the world is on the edge of a financial meltdown.
Brian Chapman feels the brunt of the problem as he struggles to keep his family business afloat with diminishing income and the looming financial catastrophe.
Can he survive this most challenging crisis of his life or will he lose everything?
“Sclater grabs the reader from the first chapter and tells it how it really is. . .”
“A seismic breakdown in family life. . . “
“Harrowing and shocking. . .”
“Sclater has the reader at the centre of the story. . .”

“A story waiting to be told” 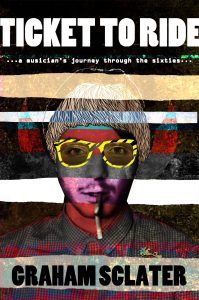 ‘Ticket to Ride’ is a satisfyingly filthy yet delightfully innocent, romp through the bars and clubs of late 60’s Germany as The Cheetahs, a young band from small town southern England chase their dreams along the trail blazed by the Beatles in Hamburg. Along the way they discover the realities of life on the road in all of its Dirt & Glory, Sex & Drugs, Life & Death, Rock & Roll…
…and it’s all here in one gangster and hooker infested plate of realism, which was the Reeperbahn at that time.

Pulling no punches telling it like it was Sclater, who lived in this world himself for much of the 60s, tells us first hand through the eyes of characters based on real life kids who grew up fast faced with this in at the deep end rollercoaster ride of debauchery and ultimate demise. Not all gloom and doom though as the tale takes us beyond Hamburg, with occasional human kindness and discoveries of new loves of the strangest kind.

You’ll be pulled into their world and the Horrors & Highlights befalling Reg, Jimmy, Adrian, Gerry and their leader Dave and their ever changing entourage, will keep you reading as the pace moves on just quickly enough to keep you hooked, never overblown with drama but full of the contrast between the naivety of our characters and the grittiness of events, mostly recognisable to anyone who’s spent any time in the live music business, here, however, experienced in extremis. This book will leave you amazed that any of them survived, not all of them did, and there is a certain sadness to the conclusion, alien to any Hollywood version of books like this, but it’s a melancholy which gives this slice of modern history the humanity it deserves. “Don’t let your kids join a rock band Mrs Worthington! – Dean G Hill 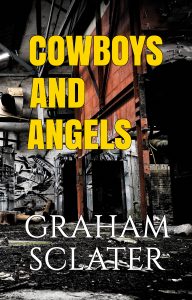 Harry Clark was a soldier stationed in Cyprus where he met and married Xanthi but within weeks of the birth of his daughter he left to join the Special Forces.
His precarious life was cut short when he was shot by Malik, an Iraqi insurgent, and left for dead.
Twenty years after getting married Harry finally returned to Cyprus to fulfil his dream of opening his own restaurant. That was soon shattered when he was unwittingly dragged into the seedy world of people trafficking, and the reappearance of Malik.
Will he survive this time?

Hatred Is The Key 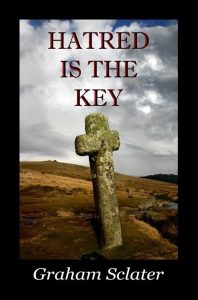 On June 18, 1812, the United States declared war on Great Britain. Almost immediately they called for an invasion of Canada. The initial American successes turned to a number of defeats resulting in English ships effectively blockading the American coastline and subjecting it to a series of hit and run raids and the capture of numerous ships.

The majority of the crew captured from the American ships were transported to Plymouth in southwest England to spend their time in notorious Dartmoor prison, constructed primarily by French Prisoners of War to house them and their countrymen.

Despite the end of the war neither country could agree who was responsible for repatriating the prisoners so they remained in jail.

“A story waiting to be told” 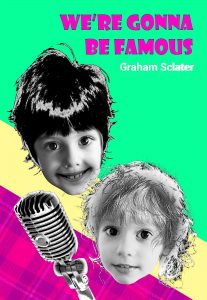 Young sisters Hannah and Abi are faced with a dilemma that would not be wished on anyone.
How do they help their seriously ill mother who is in desperate need of life saving and expensive treatment in America when all they have is their pocket money?

Perhaps their love of music will help them but can they do anything in time?

‘I cried several times while I was reading this book…sometimes with happiness.’‘A feel-good story that will make everyone smile.’

Any cookies that may not be particularly necessary for the website to function and is used specifically to collect user personal data via analytics, ads, other embedded contents are termed as non-necessary cookies. It is mandatory to procure user consent prior to running these cookies on your website.